See Something, Say Something & The Power of Risk Intelligence

In the world of national security, surprise is synonymous with intelligence failure. The same is true for risk management within businesses and educational institutions. If safety and security risks are able to escalate into emergency incidents, it is likely because the intelligence process failed to pick up on early warning indicators. Here, we discuss the value of community-sourced intelligence and provide two examples of “See Something, Say Something” in action.

People know what normal looks like in their everyday lives and are capable of detecting deviations from that norm. By gathering and analyzing these insights, security teams can improve their awareness of emerging threats and update their incident prevention strategies. This is the principle of community-sourced risk intelligence.

According to the latest edition of the U.S. Secret Service’s Mass Attacks in Public Spaces report, “targeted violence may be preventable if appropriate systems are in place to identify concerning behaviors, gather information to assess the risk of violence, and utilize community resources to mitigate the risk.”

Gathering community insights is a ‘see something, say something’ approach to prevention.

Community-sourced risk intelligence powers the Department of Homeland Security’s ‘See Something, Say Something’ campaign. This campaign is a national effort that raises public awareness of the indicators of terrorism and terrorism-related crime and the importance of reporting suspicious activity. Although experts continue to debate the effectiveness of the program, there have been verifiable successes. One notable example is the 2010 attempt to detonate a vehicle-borne improvised explosive device (VBIED) in New York City’s Times Square.

One Saturday evening, Faisal Shahzad parked his vehicle in the vicinity of West 45th Street and Broadway as tourists flooded the streets. Two minutes later, Lance Orton, a local T-shirt vendor, noticed smoke coming out of the vehicle and flagged down a police officer. Shahzad had ignited a delayed fusing mechanism that was designed to give him time to escape the scene before the explosion.

Although the bomb failed to detonate, it was powerful enough that it likely would have killed dozens of people. This is the perfect example of someone going about their normal routine and observing something that didn’t look right.

In addition to receiving reports, security teams must quickly and effectively respond to them; failure to do so can have devastating ramifications. One such example is the experience of Hollywood actor James Woods during the weeks leading up to the terrorist attacks against the United States on September 11, 2001. A few weeks prior to the attacks, Woods observed several men taking a keen interest in the passengers and flight crew aboard his Boston-to-Los Angeles flight and even attempting to count the number of passengers. Although Woods reported his concerns, they were never addressed.

Two days after the attacks on 9/11, the FBI presented Woods with photographs of several of the hijackers. Woods positively identified them as being among the men that had acted suspiciously on his flight. He had witnessed preparation for the deadliest terrorist attack in U.S. history.

Although terrorism and active shooters are high-consequence, low-probability incidents, the methodology behind community-sourced risk reporting applies to a much broader set of safety and security issues.

Regardless of industry, size, or location, organizations today face a wide variety of threats that, if left unaddressed, could impact employee safety, brand trust, organizational reputation, and liability exposure. These threats include, but are not limited to, safety hazards, mental illness, workplace violence, sexual harassment and assault, bullying, drug and alcohol abuse, insider threats, theft, corporate malfeasance, and more.

There are many reasons people who observe something of concern choose not to report. Some are reluctant to get a coworker in trouble or fired. Others are afraid of personal or professional retribution. However, the primary reason is that most people aren’t sure how to report and/or lack the means to do so easily and anonymously.

Technology has eliminated these barriers. With risk management advances and the increased availability of reporting platforms, communities now have the tools to quickly and easily share their insights. One such tool is LiveSafe, the industry-leading risk management platform used for incident prevention and tip reporting.

How LiveSafe Can Help

To learn more about community-sourced risk intelligence and its role in incident prevention, read our recent white paper “Community-Sourced Risk Intelligence: Its Role and Value at Work.” 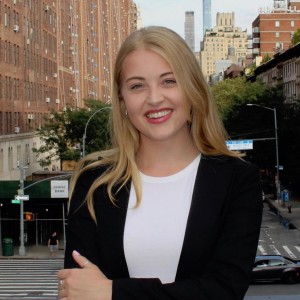 Alexandra Brunjes has a B.S. in Neurobiology from Georgetown University in Washington, D.C. with minors in Creative Writing and French. She is a published journalist and experienced health and science writer. Her expertise includes risk intelligence, healthcare and neuroscience, and technology.
All Posts »
PrevPreviousOSHA’s 16-Point Return-to-Work Guidance
NextProtecting Health Care Workers with Risk IntelligenceNext